The fall of the Colombian peso 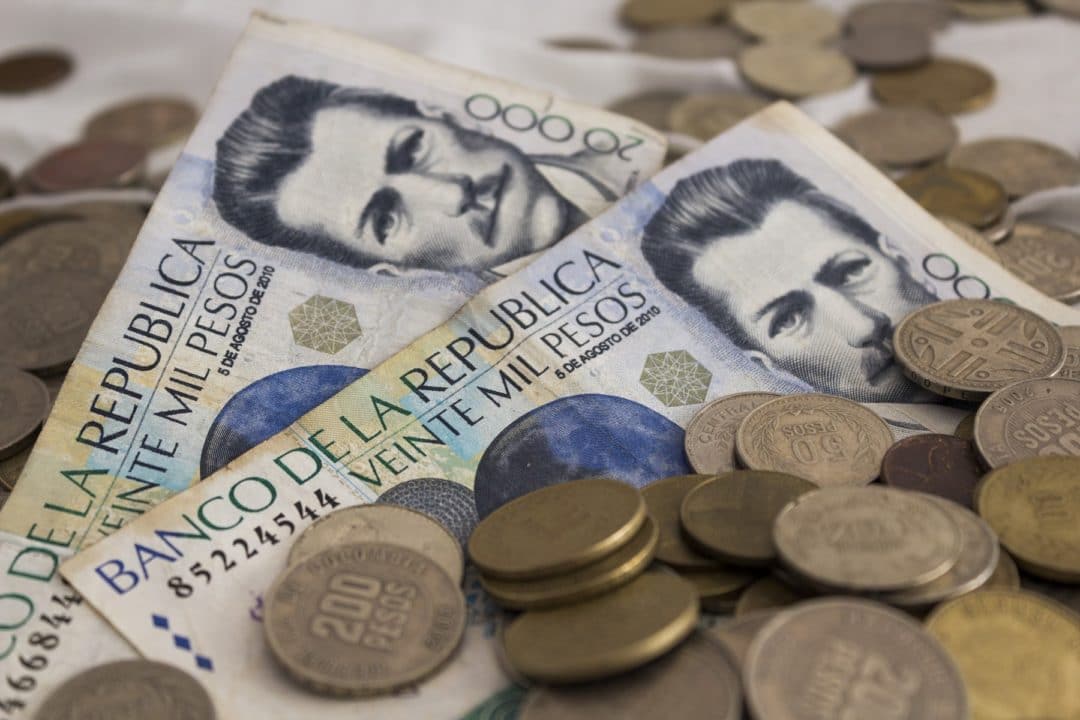 The Colombian peso (COP) started 2015 as one of the worst performing currencies against the dollar as it hits its 5-year low since 2009, standing at the moment at $1USD = $3032 COP.

Surprisingly, Colombia takes a different approach to its depreciating currency in comparison to other emerging markets who are fighting relentlessly to combat the declines through rising interest rates, which Colombia has remained stagnant since 2014 at 4.5%.

Throughout 2012 a strong peso was one of the toughest challenges that the Colombian Finance Minister faced; record-high levels of FDI (foreign direct investment) pushed up the value of the peso. It was the growth in the oil industry however, that led to it’s overvaluation.

“It is difficult to spell Colombia without o-i-l.” As Latin America’s fourth largest oil producers, oil accounts for over half (55%) of national exports therefore oil prices significantly influence national revenue. According to a United Nation study for every dollar that international oil prices reduce, Colombia forgoes $430,000 million pesos per year.

In the first five months of the year, inconsistencies arose with Colombia being an oil economy the peso depreciated about 9%, whilst the price of oil (WTI) rose 11%.

Colombia’s key export industries of flowers, leather and coffee may welcome a depreciated peso and rejoice in their growing global competitiveness in 2015.

Despite this, many of the countries other industries depend on key imported inputs whose prices are being pushed upwards e.g. the automotive industry and the poultry industry that imports 80% of their inputs.

Counteracting on the depreciation of the peso we face the U.S. dollar’s fastest rise in 40 years whilst also appreciating over 35% against the Colombian peso since last August.

It’s rise is a direct result of the strong U.S. economy compared to the global struggle throughout the majority of the rest of the world. The historic nature of this rise indicated in this graph shows it to be higher than ever before. 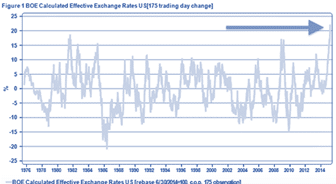 The US may not have a direct connection with Greece however, the Greek economies debt crisis has a multiplier effect that stretches far across the Atlantic. Whether Greece is forced to exit the EU or not, the speculation has severe repercussions for the EU economy.In a market in which currencies are free to float, supply and demand for a currency drives changes in relative values, much like a commodity or asset. Despite U.S. interest rates being low, the rest of the world is even lower. With such a long period of high growth, speculation for U.S. rates to rise is increasing the demand for the dollar.

Lower oil prices affect the pace of FDI and the balance of payments through the deterioration of trade. The peso has depreciated to counteract such effects acting as an economic stabilizer.

The state owned Ecopetrol in Colombia, has seen a fall in dividend revenues, alongside the fall in oil prices in 2015. As such a main contributor to tax revenues imminent tax reform is necessary to curb the deficit. According to statistics the deficit will reach 2.5% of GDP in 2016; to combat this the government could increase VAT or curb spending. One area that must be addressed is the high rate of corporate income tax and strengthening of tax administration and increased penalties will also help to reduce the major problem of tax evasion.

Looking onwards for Colombia, economic analysis states that the peso will have peaked against the dollar in H1 2015 due to oil prices reaching their lowest value. From here, the appreciation of the peso should continue throughout 2016. There will be devaluation in real terms; global competitiveness however will be beneficial to disincentive imports.