Don’t Put All Your Eggs in One Basket: A Case Study for Selling Businesses 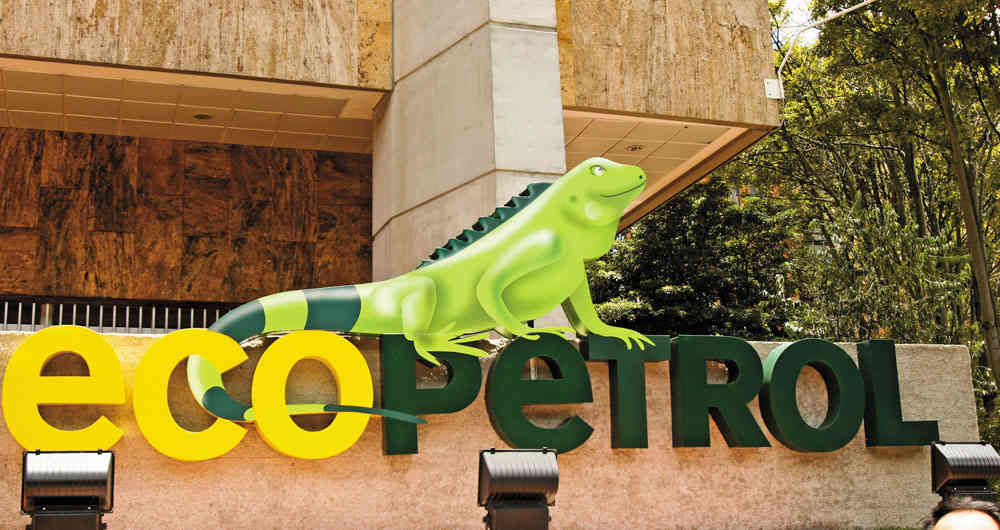 The financial crisis we are now experiencing has reminded us of the importance of diversifying our investments; having many eggs in one basket can compromise our wealth.

In November 2019, I published the following Tweet in different social networks, it generated a lot of controversies: “The government should sell #Ecopetrol and take profits while it is still a valuable company, the future of #OIL in the long term is very uncertain. These resources could be invested in renewable energy businesses, education, agriculture, infrastructure and boosting the economy.” 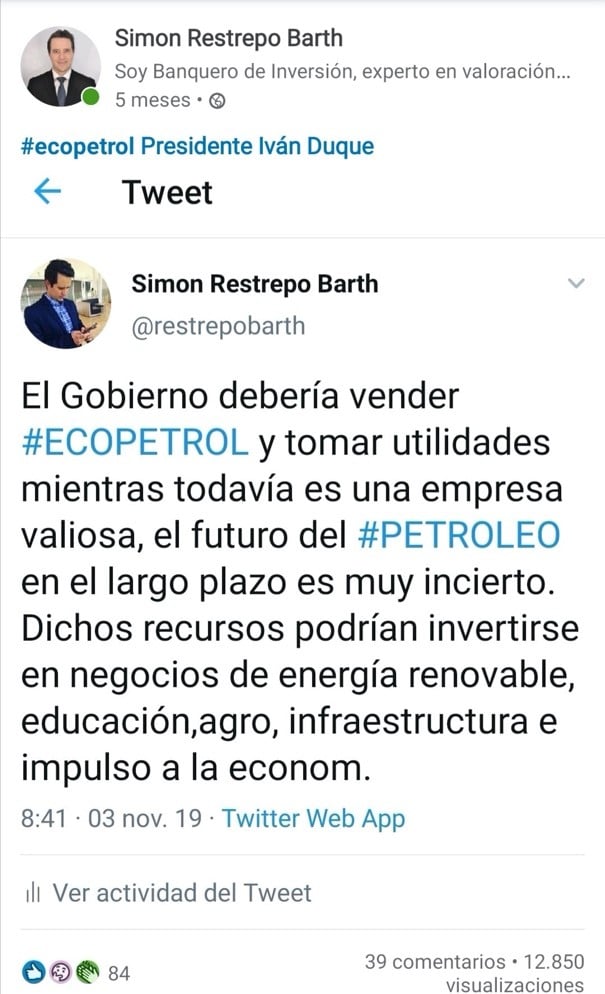 Ecopetrol is the Colombian national oil company which is also listed in the local stock exchange with ADRs (American Depositary Receipts) on the New York Stock Exchange.

At the time of the tweet, Ecopetrol’s shares were quoted at 0.95 dollars and the market cap (market value of the company total equity) exceeded 39 billion dollars. At the time of writing this article in early April 2020, its market value was only over 18 billion dollars, this because of the effect of the decrease in the share price (which was quoted at that time at 0.45 dollars) and the depreciation of the local currency, the Colombian Peso, against the US dollar (over 20% since then). The company has lost over $20 billion in market value, about half the value lost in just five months. By then, the barrel of oil went from $62.96 a barrel on November 5, 2019 to USD $26.27 on March 30, 2020, a decrease of 58%.

While Ecopetrol, to my understanding,  receives a few dollars less than the official price of the Brent Barrel, its break-even point (price at which the company does not generate losses or profits) is around $29.9 per barrel¹, in other words, currently each barrel sold by the company is not even enough to cover the costs and expenses of its operation.

Now, the reasons I recommended selling the company at that time were not few. With respect to the company itself, by then Ecopetrol was going through one of its finest moments in financial terms recently, and companies should be sold when they are well, not when they are facing a crisis, in order to take greater gains from the sale. Additionally, the future of Ecopetrol’s operation depends on its oil reserves, and renewing these reserves implies a great risk, as well as large investments. At the end of 2019, Ecopetrol group had only 7.8 years of proven reserves³.

On the other hand, Ecopetrol’s success depends not only on internal factors such as management but also on external conditions such as the Barrel price and the world economy. With the arrival and mass production of electric vehicles and renewable energies (solar, wind, etc.), the future demand for oil is at risk. While technologies such as fracking have allowed countries such as the United States to significantly increase their production and therefore the supply of crude oil, as a result, greater supply relative to demand implies lower expected prices; This being one of the main problems of the sector in the last decade: a growing supply (maybe even oversupply) and a decelerating demand.

Finally, with the government owning 88.49% of the company, by liquidating all its stake on the company, it could have received around 30 billion dollars. Let us remember that the previous administration sold 57.6% of Isagen (Energy generation and commercialization) for 2 billion dollars in January 20174, in other words, it could have obtained around 15 times more from the sale of the national oil company than from the sale of Isagen, this before discounting expenses and investment banking fees. This event would have been a great relief for the government´s finance. It would have allowed it to reduce its debt, which in 2018 amounted 72 billion dollars only for the foreign public debt5 (more than 20% of the GDP for that year), or better yet, to invest those resources in other businesses with greater future such as renewables energies, education, infrastructure projects without investment partners, or simply in boosting the economy and key sectors, among other alternatives.

If we take this example to the situation of the average successful entrepreneur, many of them have a company that has been their main source of income and wealth. With that company they have been able to own a house, a leisure house, a few investment properties, such as warehouses and commercial units, and in some cases, stakes in other companies. In spite of this, it is common to see that many of them still have up to 80% of their wealth in one company.

Currently, we see how some of these industries are suffering an unprecedented crisis, especially those that have their income compromised by the COVID-19 pandemic, including airlines, hotels, restaurants, food service, cinemas, dealers, retail (except for basic necessities), among others. Many of these businesses will go bankrupt due to their inability to sustain fixed expenses for long periods, some because of their high level of debt,  others will be saved only if they receive bailouts from the government to get ahead, and a lot of others will have difficulty overcoming the serious contingency we face.

The COVID-19 phenomenon is very particular, however, for years, many companies have been suffering from the Amazonization, this is the phenomenon, by which, a disruptive business, such as Amazon, changes the rules of the game for certain businesses, such as retail, and affects many participants. The same has happened with phenomena such as Uber, Airbnb, and social networks, which have transformed entire industries such as passenger transport, hotels and advertising. It is only a matter of time before Amazonization reaches the sector where your company operates, and only those who manage to adapt quickly or have a lot of financial strength will be able to survive.

For me, the ideal, once you have a successful business, is to sell it partially or totally, and diversify the income received from the sale into various businesses, projects or properties. This way, you do not have so much exposure to one sector, you can sleep better, and you can cope with situations like the present one in a more secure way. Family businesses should not be seen as irreplaceable as their children, but rather treated as economic means that generate wealth, and that are bought and sold, just like real estate and cars.

In my case, for years I have been investing in different sectors, such as livestock and real estate. Although in a situation like the present one, almost everyone will be affected in one way or the other. However, I am confident that diversification will allow me to overcome this situation without compromising my family’s future.

When the crisis is over and the financial outlook is clearer, we will possibly find securities at attractive prices in the stock market. This could be a great investment opportunity with a long-term view, thinking not only about local but also about international markets.

As my mother used to say, “Simón, don’t put all your eggs in one basket.”